“...…there are more kills, thrills and high octane moments than you can shake a stick at. Now go strap in and get ready for one hell of a ride.”

“...…Death Race: Beyond Anarchy definitely benefits from being un-rated. It’s an enjoyable grindhouse romp for gearheads who like their action movies with a nasty edge.”

“...it might have been born a video game, but in the filmed adaptation of Company of Heroes, audiences will find a hearty, entertaining War picture with shades of all the big ones, including The Dirty Dozen, Saving Private Ryan, Band of Brothers, and Inglourious Basterds…Beyond its capabilities as an entertaining Action flick, Company of Heroes largely masters the subtleties of Action movie character development and drama.”

“...the action in Sniper: Ghost Shooter is quite good. It’s awesome to see a movie from the sniper’s perspective since it gives a whole other layer of depth. There are also some quite tense and impressive moments in the movie, especially when it’s a sniper versus sniper fight.”

“...it’s solidly directed by Don Michael Paul, and the locations are lush…the gunfights are good, they’re well-choreographed and edgy.”

“...…I saw it myself a few weeks ago, and I really liked it. I was really impressed by the rewrites Don Michael Paul, the director, did…He is a really good director and also a good writer.”

“...action scenes are staged well and there are plenty of great visuals, thanks to the beautiful cinematography…”

“......the story is interesting and far more in line with what this franchise is all about....the action is well-done, and the movie looks gorgeous and like it has a bigger budget than it actually does. I would even venture to say this is probably the nicest looking of all the sequels...”

“...one hour and forty Schwarzenegger-less minutes of pure gleefulness!”

“...it would also be a plus if the plot didn’t take itself too seriously and embraced those action movie cliches Lundgren and Arnold were a big part of solidifying into our culture. Much to my undying surprise, director Don Michael Paul does exactly that.”

WE ARE MOVIE GEEKS

“...director Don Michael Paul doesn’t spare the audience. If anything, he rubs our noses in the blood, sweat, and tears of combat….JARHEAD is more in the mode of LONE SURVIVOR and more conventional in its tone than its predecessor and is a good, tough, satisfying war film.”

“...the action frequently feels larger than what one would expect…nicely combining a broad battlefield overview with more intimate portraits of individual soldiers, or small groups of soldiers, fighting for their lives.”

“...Don Michael Paul presents the gunplay well. It's frenetic and loud and not overly stylized…”

“...Jarhead: Law of Return is another entertaining flick from Don Michael Paul…watching this, makes me want to watch some FAUDA…”

“...director Don Michael Paul once again turns in one of the most entertaining flicks in the film’s franchise…you just cannot help but have a good time as the monster party tone is infectious...”

“...…A Cold Day In Hell, in my opinion, is the best of the franchise since the original…The movie is gore-filled fun.”

“...this one is a blast of awesome insanity, for ninety wicked minutes…Tremors 5: Bloodlines is one of the most enjoyable viewing experiences I’ve had this year.”

“...…Tremors 5: Bloodlines is definitely a worthy sequel and gives the long dormant series a much-needed jolt…”

“...there’s plenty of Graboid action, a handful of great gags and a surprisingly emotional climax which ultimately renders Tremors: Shrieker Island much closer to perfection than you might think.”

“...the film was one of my favorites in the series and as a fan of the series, it is a must-watch…a good fun Graboid killing time with Burt and crew is always fun.”

“...Hotly staged bike chases" (Variety), state-of-the-art weaponry and "excellent explosions" (Hollywood Drama-Logue) form a deadly combination in this "lively" (Los Angeles Times) action ﬁlm about a couple of modern-day, motorcycle-ridin' Robin Hoods."
"...Right from the opening moments of "Harley Davidson and the Marlboro Man," the pungent musk of manliness saturates the screen. Audiences can practically smell the sweaty stink of ruggedness and machismo..."
“...the script by Don Michael Paul makes its intentions known on a literal level when Don Johnson comments that he and Rourke are a dying breed. His meaning is what, in my eyes, makes the film a surprisingly intriguing watch because he's alluding to a larger cultural change that was taking place at the time...the rising tide of the political-correctness movement, where the testosterone-fueled masculine archetype was fading away...the only way to battle the ever- growing wave of sameness is in rediscovering that masculine archetype...”

“...…It’s a modern (for the time) version of of an old Roger Corman B-movie, and in many ways predicted the FAST & FURIOUS franchise, with the emphasis on close-knit groups of outlaws becoming “family” and fetishized vehicles, here being motorbikes rather than cars.”

“...the film looks nice and is very stylish…the action is slick and it even ends with a cool dune buggy chase…”

“...director Don Michael Paul does a helluva job with really good action and plus Don is…he doesn’t care, so his humor is very Ricky-Gervais like…it’s just a joke — get over it!”

Get to Know Don

Don Michael Paul’s work has taken him from the Brandenburg Gate of Berlin to the basilicas of Budapest. From the Black Sea of Bulgaria to the high-veld of South Africa. From the shores of Vancouver BC to the Blue Mosque of Istanbul. From the Greek Isle of Santorini to the dense jungles of Krabi, Thailand. Don loves the world stage and feels at home wherever his filmmaking adventures take him.

DMP cut his teeth on five different continents and he’s still hoping to make his way to Oceania and the Antarctic. He loves working with character-based action, which inspired him to write his freshman script, “Harley Davidson & The Marlboro Man” starring Mickey Rourke and Don Johnson. Alan Ladd, Jr. then contracted him to a four-picture writing deal with MGM. This yielded the John Dillinger biopic “Public Enemies” and the screenplay adaptation of the award-winning depression era novel by Davis Grubb, “Night Of The Hunter.” 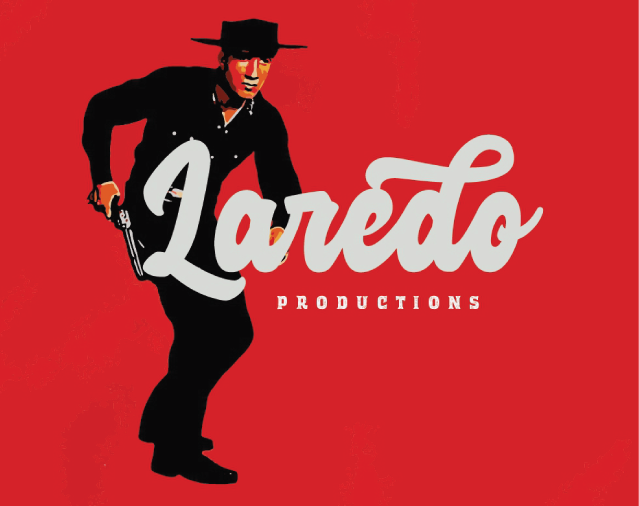 Laredo Productions was founded in 1990 by Don Michael Paul and has one produced movie under its belt — “Harley Davidson and the Marlboro Man.” DMP branched out for many years since producing this cult-classic starring Mickey Rourke and Don Johnson to spend time acting, directing and writing in ﬁlm and television. Most notable, were his acting turns as Young Wright opposite Kurt Russell in the Ted Kotcheff drama “Winter People” and Boots Claibourne in Martin Davidson’s civil-rights era drama “Heart of Dixie” opposite Ally Sheedy, Virginia Madsen, Phoebe Cates and Treat Williams. On the small screen, he headlined Stephen Cannell’s CBS prime-time show “The Hat