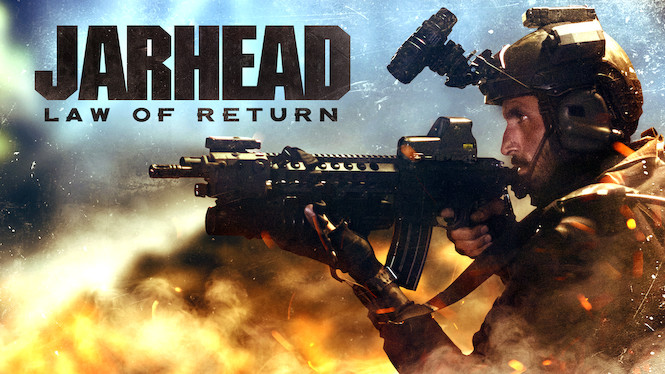 Major Ronan Jackson (Devon Sawa), an accomplished fighter pilot for the Israel Defense Forces and son of a U.S. Senator (Robert Patrick), is shot down while flying through Syrian airspace. After ejecting and miraculously surviving the crash, Jackson is taken captive by a group of Hezbollah militiamen. A gripping and powerful story packed with hard-hitting action, Jarhead: Law of Return follows a squad of elite soldiers, led by Gunnery Sergeant Dave Torres (Amaury Nolasco), as they risk their own lives in the hopes of saving an ally they’ve never met.

“...…Don Michael Paul presents the gunplay well. It's frenetic and loud and not overly stylized…”

“...…Jarhead: Law of Return is another entertaining flick from Don Michael Paul…watching this, makes me want to watch some FAUDA…”

“...…the gunfights in Jarhead: Law of Return are actually quite good. They don’t mess around when it comes to budget for the shootouts and these puppies have plenty of the explosions that you would expect from this type of movie...”