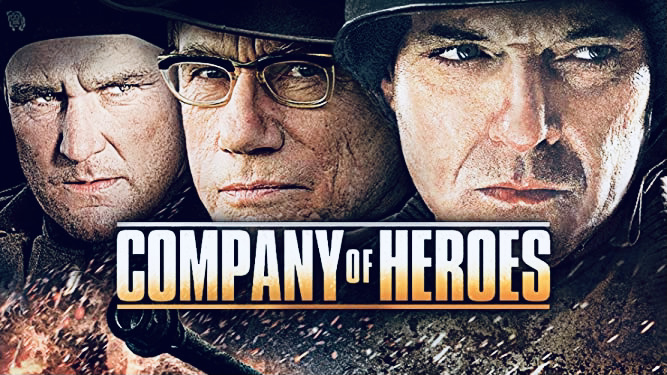 A company of American soldiers is lost behind enemy lines during the Battle of the Bulge and makes a horrific discovery — a super bomb in development. The soldiers learn about a secret allied mission to retrieve a defecting German scientist in charge of a secret-weapons program. Faced with impossible odds, the company goes on a daring raid into the heart of Nazi Germany in pursuit of the scientist. Starring Tom Sizemore, Chad Michael Collins, Neal McDonough, Vinnie Jones and Jurgen Prochnow.

“...it might have been born a video game, but in the filmed adaptation of Company of Heroes, audiences will find a hearty, entertaining War picture with shades of all the big ones, including The Dirty Dozen, Saving Private Ryan, Band of Brothers, and Inglourious Basterds…Beyond its capabilities as an entertaining Action flick, Company of Heroes largely masters the subtleties of Action movie character development and drama.”